Who is Lia Hide?

Lia Hide is an Athenian, dark, alt-pop, prolific artist. She is a well-trained classical musician with a bachelors and masters in classical voice and piano as well as a masters in songwriting.  Her classical training marries with her heartfelt songwriting to create music full of deep thought and lyrical expression brought to life by complex sounds, detailed arrangements, and cinematic soundscapes.

Since 2013, Lia's been working with George Rados (drums) and Aki'Base (bass) and together they have released three studio albums, a remix album, music for dance drama productions, music for the theater, and more.  She has also collaborated with celebrated international projects/artists and has been featured in major international compilations.

Since early 2022, Lia Hide joined Conch Town Records and will soon release her album The Missing Fourth Guest.  The album was mixed by Ian Shaw at WarmFuzz Productions, mastered by Denis Blackham at Skye Mastering, and produced by Lia herself.

Her previous discography: Home (released by ΕΜΙ-Universal, 2013), Everyone Seems to Know Who I Am (DontHideMe, 2017, mastered by the multi-Grammy awarded Adam Ayan), Tells No Fairytales (DontHideMe, 2019, mastered by the incredible Denis Blackham), Fairytales Remixed (Amour Records, 2020). Each of these albums were produced by Lia and mixed by Yiannis Lampropoulos in Athens, Greece.

Hide has collaborated and appeared with numerous acclaimed Greek and international artists (Tricky, Joseph van Wissem, Anneke van Giersbergen, Kadebostany, KBHTA, Keep Shelly in Athens, Molly Nilsson, Kovacs, and more) in various festivals all across Europe and has also performed in Canada and the US.

Lia and her band's latest European tour was a 40 day venture with 28 shows in 10 countries performing in various venues and radio shows.  Lia spends her time between Athens, Greece and London, UK when not touring the world. 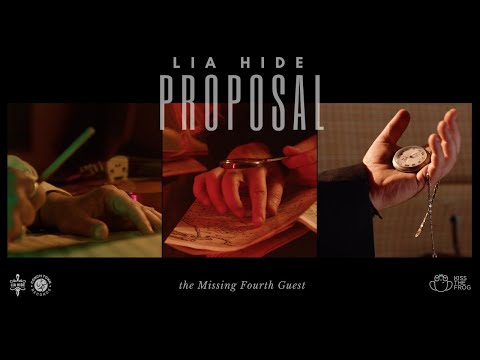